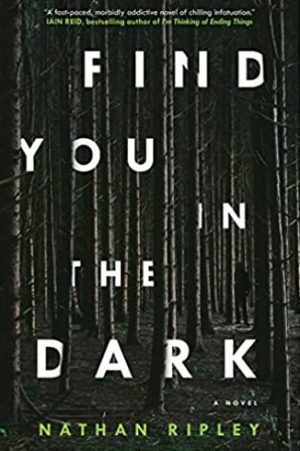 Find You In The Dark

In this chilling debut thriller, in the vein of Dexter and The Talented Mr. Ripley, a family man obsessed with digging up the undiscovered remains of serial killer victims catches the attention of a murderer prowling the streets of Seattle.

Martin Reese is obsessed with murder.

For years, Martin has been illegally buying police files on serial killers and using them to locate long-lost victims. After he uncovers the bodies, he calls the police anonymously and taunts them with his finds. He sees his work as a public service, a righting of all the mistakes cops have made for years. On his latest dig, he searches in a graveyard for the first kill of Jason Shurn, the murderer also thought to be responsible for the disappearance years before of Martin’s sister-in-law. But at the site, he is shocked to discover a fresh body lying among decades-old remains.

Detective Sandra Whittal is a case-closer on a meteoric rise through the police ranks. She’s suspicious of the mysterious caller—the Finder, she names him. Even if the Finder isn’t the killer, who’s to say that he won’t start killing soon?

Then the call about the latest find comes in. Whittal’s fears deepen. And Martin wonders what’s going on—because whoever made the call, it wasn’t him…